The prison service in Spain

The prison service in Spain

Prisoners that have convictions for violent crimes, terrorism, sexual crimes and mafia connections spend 21 hours a day locked in their cells. They eat breakfast, lunch and dinner in their 8 meter square cell. Day after day week after week month after month, year after year, it is called solitary confinement. They are let out into a small self contained court yard for 3 hours. Their cells are searched every day. The only contact the prisoners have with the outside world is through prison workers and other inmates. In 2016 the Spanish government carried out an annual report into torture prevention. The study commented that 193 prisoners lived in this situation and that “living conditions of a closed regime on inmates as harsh”

A British National by the name of Tony King is in Alhaurin prison just inland from the costa Del Sol. He was convicted of two murders of teenage girls on the coast in 1999 and 2003. He was also convicted of attempted rape on a third young women. Tony king was one of the 193 prisoners with this 21 hour lock up regime. Tony king has been in Alhaurin prison since September 2003 for the murders of Sonia Carabanres and Rocio Wanninkhof. King was transferred in 2004 to Albolote prison in Granada and then to Herrera de La Mancha prison in Ciudad Real in 2008. 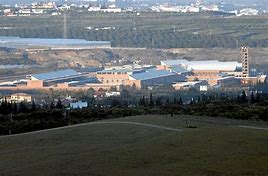 Herrera de La Mancha is a maximum security prison. In the 11 years he has been at Ciudad Real he remains in total isolation in a block of 12 cells. Only 3 of the cells on the isolation block are occupied.

King is classed as a category A prisoner, the highest grade you can receive. Category A is not only for his violent crimes but as a Category A inmate he is kept away from other prisoners that may wish to harm him due to the nature of his offenses. King was sentenced to 55 years in 2005. In September 2007 king was granted permission to attend the funeral of his daughter who tragically drowned in a swimming pool. King was escorted by 3 armed police offices from the national police. King could be released early with good behavior in 2033, he will be 68 years old. The 2 other isolation cells are occupied by Santiago Del Valle, a sex offender who murdered a five year old girl. The second is Juvenilson Dias de Silva who has been sentenced to 300 years for 19 sex assaults on women. Any contact between the 3 inmates is conversations from cell to cell. The 3 inmates live under regulations that state they get 3 hours a day in the courtyard never together always separately.

King has it harder than anyone else as he refuses to use the courtyard if it’s cold or raining. He just sits in his cell reading. If he requires anything other than prison rations like food or deodorant he has to make a list and another inmate will be summoned by the prison guards to make the purchases. At the moment he is on course for release in 2033 if he has no disciplinary problems. Kings situation has to be assessed every 3 months by the national prisons authorities. King will more than likely spend his whole time in solitary confinement.
The latest prison report on Herrera be La Mancha prison said the cells have very little furniture and the widow in the isolation cells faces the stairwell wall. Courtyards are all concrete and uncovered. The prisoners have no rehabilitation whatsoever.

We mustn’t forget why king is here, he murdered and rapped 2 young teenage girls. To conclude this story if you do wrong in Spain you will pay the ultimate price and more.